The Association for Interactive Democracy engages in research in a variety of fields regarding deliberation and decision-making. Find below a list of research fields in which we are active, as well as some of our publications in each field.

Ever since Kenneth Arrow published his most significant publication regarding social choice theory, nowadays known as Arrow's impossibility theorem, it is known that well-defined methods for decision making are subject to certain constraints that can be described mathematically.

When it comes to applying decision making systems in real-world scenarios, further technical and legal aspects have to be considered.

The Association for Interactive Democracy works on integrating electronic decision-making systems in democratic contexts while keeping in mind limitations inherent to all electronic systems.

An integral part to informed decision-making is deliberation. A structured deliberation can, in theory, be scaled up to an unlimited number of participants, and allow participants to identify viable voting options. Suitable algorithms permits collective moderation by the entire electorate, thus rendering the need for request commissions or other gatekeepers superfluous. Choosing the right algorithms, minority rights can be ensured algorithmically and deliberation processes can be strengthened against disproportionate influence of noisy minorities.

The Association for Interactive Democracy has published suitable algorithms that are computable in polynomial time and empower participants to engage in large-scale deliberation processes with truly equal rights.

Transitive Proxy Voting, also known as Liquid Democracy, allows for a division of labor in democracy without resorting to rigid representation models, leaving power to each member of the electorate.

The Association for Interactive Democracy is engaged in theoretical analyses of various aspects of Liquid Democracy , as well as its real-world application in different scenarios. . As part of our theoretical work, we have proven the impossibility of combining certain properties in vote delegation systems.

Computer-aided democracy brings up certain challenges when it comes to UI design and visualization.

With the LiquidFeedback Blockchain, the Association for Interactive Democracy has developed a green ledger that serves as an alternative to proof-of-work based approaches. A working prototype, as well as considerations regarding security and correctability in the context of Arrow's impossibility theorem, have been part of our publications.

The Association for Interactive Democracy has shown how electronic deliberation and decision-making systems can be used for democratic knowledge management and standardization processes.

The Association for Interactive Democracy has several publications that deal with these important matters.

Democracy appears fragile, and our societies are increasingly polarized to the point of segregation. Yet democracy is resilient as long as we stay vigilant, learn the right lessons from history, prioritize the rule of law and decency over faction and expedience.

The internet and technology, in general, create new challenges for the democratic culture, but also new chances for public debates undertaken with mutual respect and a commitment to truth and facts. We need to listen to one another, allow our ideas to be challenged, and find strength in political difference. In the long run, pluralism, openness, and seemingly inefficient negotiations make our society less susceptible to populism and our democracy more resilient. Just like the Parisian salons in the 19th century, online platforms can expose participants to ideologically cross-cutting content, challenge views, facilitate informed decision making, and be instrumental in the construction of a vision for the common good. 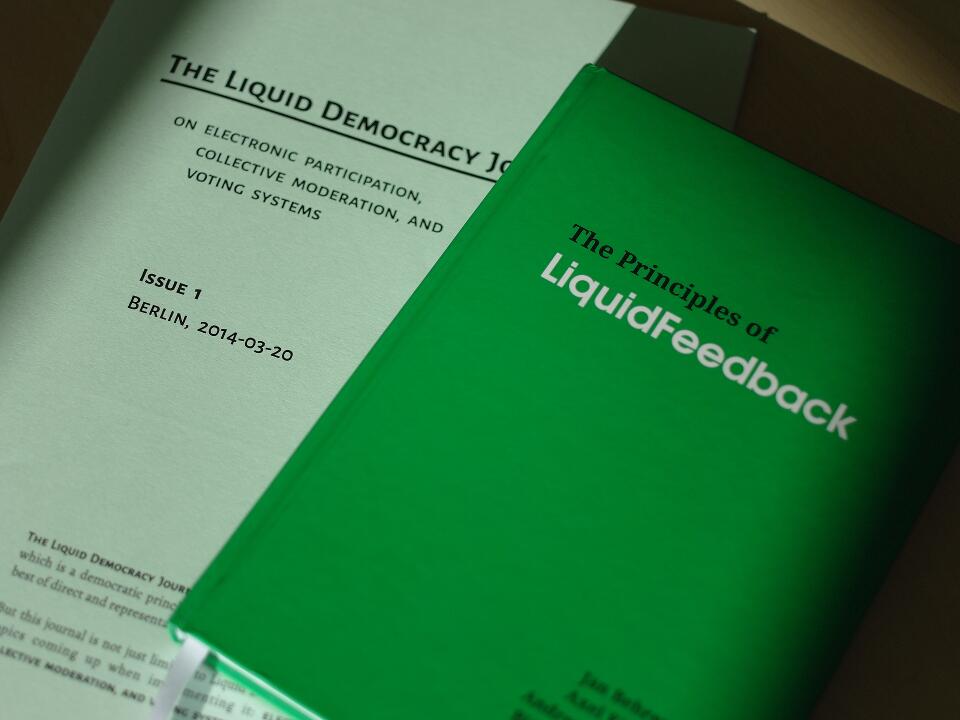 The Principles of LiquidFeedback