2022 Thomas Mann Fellow Andreas Nitsche and Martin Kaplan, Professor of Entertainment, Media and Society, meet at the Thomas Mann House to discuss what can be done to re-enable dialogue between segregated parts of society.

In recent years, on both sides of the Atlantic, we have observed the rise of populism along with growing levels of polarization and radicalization. Democracies are challenged by disinformation and online social networks have reshaped the way in which public opinion forms. Democratic societies experience a lack of dialogue between parts of society. At the Thomas Mann House, Martin Kaplan, Professor of Entertainment, Media and Society at the University of Southern California's Annenberg School for Communication and Journalism, and 2022 Thomas Mann Fellow Andreas Nitsche get into conversation about what can be done to re-enable dialogue between segregated parts of society taking differences and commonalities between Germany and the United States into account. They explore the nexus between quality journalism and the prospects of large scale deliberation. They also address (new) communication strategies and their ethical implications.

In the United States, opposing partisans often see each other as alien, untrustworthy, and iniquitous. Oftentimes, there is no agreement on facts. In many cases, trust in science is diminishing. On the other hand, independent journalism is still a stronghold of democracy. At the same time, deliberation can be instrumental in building mutual understanding and trust. While deliberation has essentially remained a prerogative of small groups, the challenges of the digital age arguably have to be addressed at scale by a strong digital democracy. At the Thomas Mann House, the two will discuss how new forms of mass communication and upscaling online deliberation can improve democratic processes and impact society at large. What are effective ways for larger groups of citizens (or an entire society) to productively deliberate? How can news media and the entertainment industry contribute to an informed society capable of such deliberation?

Martin Kaplan holds the Norman Lear Chair in Entertainment, Media and Society at the USC Annenberg School for Communication and Journalism. He is the Founding Director of the school’s Norman Lear Center, whose mission is to study and shape the impact of media and entertainment on society. His research interests include campaign coverage on local TV news; the effects of public health messages in entertainment; the use of narrative to communicate science; and the impact of the attention economy on democracy. Kaplan comes to USC from Washington and Hollywood: He was Vice President Walter Mondale’s chief speechwriter and deputy presidential campaign manager, and at Disney, he was a studio executive and a writer and producer of feature films, including The Distinguished Gentleman starring Eddie Murphy.

Andreas Nitsche is a German Computer Scientist with research interest in democratic self organization. His multidisciplinary work focuses on the opportunities and risks of technology for democracy, social cohesion, inclusion and conflict management. In international events, he delivered talks and conducted workshops on the philosophical, political and technological aspects of deliberation and credible decision making. He is a board member of the Berlin based Association for Interactive Democracy and co-founder of the LiquidFeedback project, a conceptual framework for large scale deliberation and decision making and its implementation in open source code. Andreas Nitsche is a 2022 Thomas Mann Fellow.

This event is hosted by the Thomas Mann House in collaboration with The Norman Lear Center at the USC Annenberg School for Communication and the Association for Interactive Democracy. 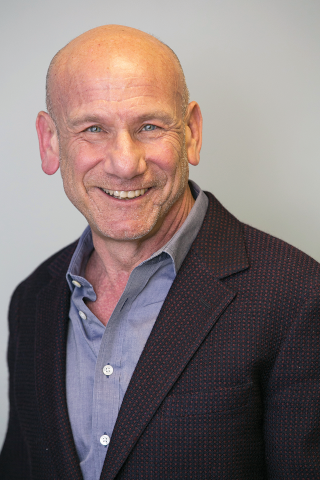 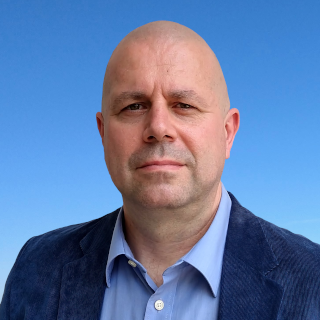