We are pleased to announce that Andreas Nitsche, board member of the Association for Interactive Democracy, is one of six fellows nominated for a 2021 2022 residency at Thomas Mann House, the former home of Thomas Mann in Los Angeles. The following press release [1] was published by Villa Aurora & Thomas Mann House.

The Thomas Mann House Advisory Board selected the following six fellowship recipients for a 2021 residency at the former home of Thomas Mann in Los Angeles:

The Thomas Mann House is a space for debate on the most pressing questions of our time. During their three-month stays, the 2021 Thomas Mann Fellows will address the following topics:

Minister of State for International Cultural Politics Michelle Müntefering said in Berlin, “The corona pandemic has once again demonstrated that we will only be able to solve the global challenges of our time if we act together. Instead of on a nationalistic ivory tower, we rely on global dialogue. The exchange between Europe and the United States therefore remains of pivotal importance. In turbulent times, it becomes even more important to build bridges across the Atlantic. The Thomas Mann House is the perfect place for this. During Thomas Mann’s exile, the house became a meeting place of European and American intellectuals. Today, it is again a hub for transatlantic dialogue. I am delighted that in the coming year thinkers from different disciplines will once again move into the Thomas Mann House to ponder the most pressing questions of our time in search for answers.”

Federal Government Commissioner for Culture and the Media Prof. Monika Grütters commented, “The newly selected Thomas Mann Fellows are uniquely qualified to develop pioneering ideas in the Thomas Mann House’s two main areas of focus: ‘Defacement -Digital Ethics’ and ‘States of Insecurity – Social and Cultural factors of Societal Cohesion.’ The corona outbreak has exposed the crucial importance of societal cohesion for the resolution of global challenges. Especially in these times, we depend on interdisciplinary approaches and ideas of fostering societal cohesion. This also applies to the development of ethical standards for digital communications. I am convinced that the eminent figures nominated for the fellowships will make important contributions within the transatlantic exchange and in the spirit of Thomas Mann.”

The Thomas Mann House was bought by the German government in June of 2016 and inaugurated by German Federal President Frank-Walter Steinmeier in 2018. The Thomas Mann House is a residence for distinguished researchers, thinkers and intellectuals from a variety of disciplines, who will tackle the challenges of our times, and foster intellectual and cultural exchange between Germany and the U.S.

The residencies are financed by the Berthold Leibinger Foundation, the Robert Bosch Foundation, the Alfried Krupp von Bohlen and Halbach-Foundation. Villa Aurora & Thomas Mann House are funded by the Federal Foreign Office and the Federal Government Commissioner for Culture and the Media as well as the Goethe-Institut.

Villa Aurora & Thomas Mann House, an independent and politically unaffiliated organization of the Federal Republic of Germany, fosters the intellectual and cultural exchange between the United States and Germany.

The institution awards fellowships in the two residences, Villa Aurora and Thomas Mann House, in Pacific Palisades, a suburb of Los Angeles, CA., and organizes cultural programs in the U.S. and Germany. It is a reminder of the history of the European exile to California, while presenting a lively, current, and diverse image of Germany, and allowing contemplation of societal, cultural, and political challenges. 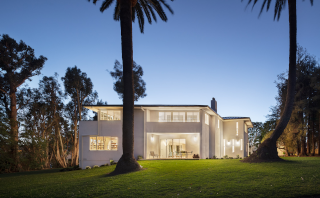 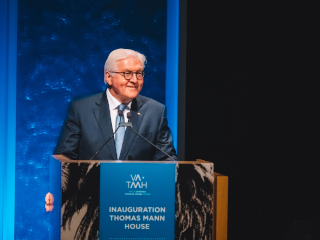 Frank-Walter Steinmeier
President of Germany
Conference “The Struggle for Democracy” on the occasion of the inauguration of the Thomas Mann House
Los Angeles, CAPhoto: VATMH-Mirko Lux 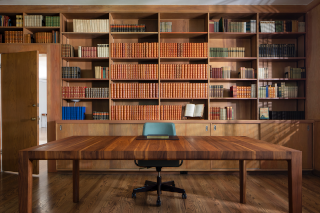 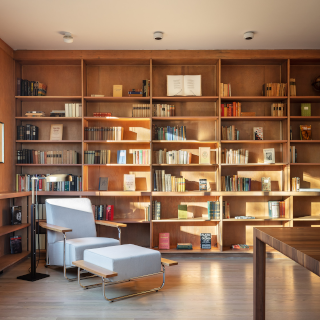 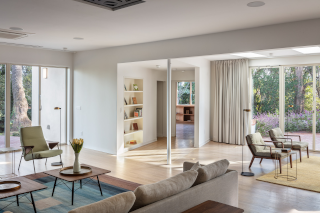 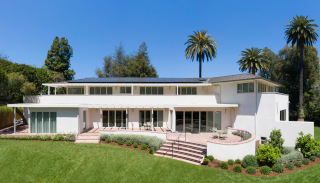