Today, the Interaktive Demokratie e. V. released the first prototype [1] of the LiquidFeedback Blockchain, an internet software for creating peer-to-peer based applications, especially in the democratic domain. The inventors of LiquidFeedback [2] successfully combined one decade of experience in enabling large groups of people with internet based collective proposition development and decision making with the disruptive ideas behind blockchains. The article “The LiquidFeedback Blockchain” [3], published by the inventors of LiquidFeedback, describes a distributed ledger technology which is, unlike Bitcoin and similar cryptocurrencies, independent of mining or other ongoing complex mathematical operations that consume high amounts of power and therefore natural resources. Thus, the LiquidFeedback Blockchain can be seen as a green (environmentally friendly) alternative to traditional blockchain systems.

The LiquidFeedback Blockchain is purely based on democracy rather than competition of computing-power. Alternative points of view on the distributed database are not conflicting, but the information state of each node within the network is taken into account as part of a stochastic process. This is made possible by combining simple mathematical hash functions (that are easy to compute) with algorithms influenced by swarm behavior known from the animal kingdom.

Possible application fields are not limited to democracy. For example, companies could use the LiquidFeedback Blockchain to electronically agree on contracts or cooperatively work on new products. Banks could use the technology to keep track of monetary transactions while there is no single point-of-failure. Scientists could create distributed databases without the overhead of traditional blockchain systems. When used in the context of democracy, the LiquidFeedback Blockchain enables people to jointly operate a distributed technology that allows them to organize themselves independently of any central authority. Operation of the system strictly follows democratic rules. Combining this with transitive delegations (Liquid Demoracy) allows for a division of labor and well-grounded decisions.

The principles of LiquidFeedback have been described in-depth in the book “The Principles of LiquidFeedback” [4]. In this book, along with the software LiquidFeedback, that has been actively developed and used since 2009/2010, respectively, it has been shown how democracy can be organized in such way that every participant in the electorate has truly equal rights while maintaining feasibility and effectiveness also in cases when the number of participants is huge. Subsequent developments show how groups of any size can engage in an effective yet fair process of mutual deliberation. [5][6] LiquidFeedback is already actively used in companies, political organizations, and political parties. Extending this technology with the LiquidFeedback Blockchain will allow for the development of a truly decentralized system where every participant doesn't only have the same rights but also the same power over the proposition development and decision making network.

[4] Andreas Nitsche: “Liquid Democracy – what all the noise is about”. In “The Liquid Democracy Journal on electronic participation, collective moderation, and voting systems", Issue 1, May 20, 2014. ISSN 2198-9532. Published by Interaktive Demokratie e. V. 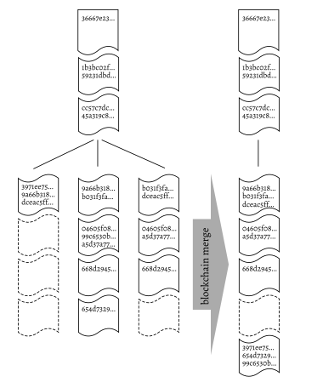 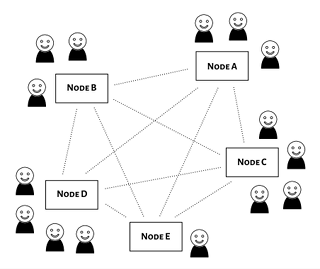