An interactive WeGovNow booth captured visitors of a popular annual fair in San Donà di Piave, providing an ideal setting for an open, constructive dialogue between citizens and project representatives on the potentials that lie in the WeGovNow prototype as well as on the local issues for which the community engagement platform could be harnessed.

From September 30 to October 2 WeGovNow was part of the 44th edition of “Le Fiere del Rosario” in San Donà di Piave, Italy, providing an ideal setting for an open, constructive dialogue between citizens and project representatives on the capabilities of the early community engagement platform.

Le Fiere del Rosario is an annual, local fair and trade show, and one of the most popular and frequently visited events in East Venetia attracting over 120,000 visitors this year alone. Besides offering an entertaining social and cultural programme, one of the main goals of the event is the promotion of technologies in local industries and agriculture, crafts and trade, industry, commerce, as well as tourism, and thus a perfect opportunity for citizens and sector associates to learn about and try out cutting-edge products and services.

WeGovNow was part of the open space exhibition and has been represented in the form of a dedicated, interactive booth informing interested visitors about the project objectives in general and about the planned local implementation of the WeGovNow platform in San Donà. In this context citizens had the opportunity to try out the prototype version and to give immediate feedback on its functionalities. Moreover, local residents exchanged their views in fruitful discussions with project representatives from our partner Comune di San Donà di Piave, referring also to local issues for which the online platform could be harnessed.

Next year, the WeGovNow platform will be validated in locally tailored use cases which will also involve schools in San Donà. Those seek to utilise the engagement platform in their training and education programmes as an inclusive means of motivating more pupils to be aware of the community they live in. In particular, representatives of local schools and business organisations visiting the fair have been intrigued by the capabilities provided by the WeGovNow platform, together with the fact that this innovative approach of collaborative government is led by the municipality of San Donà among others.

As such, WeGovNow was able to receive concrete feedback from the target group which is expected to benefit the most from the platform and the project’s WeGovernment approach.

This project has received funding from the European Union's Horizon 2020 research and innovation programme under grant agreement No 693514. 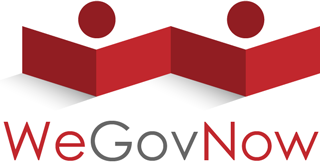