During the two days un-conferences, interviews, workshops, seminars, hands-on sessions and informal talks contributed to an interactive event for both speakers and participants, allowing productive exchanges between CAPS projects, EC policy-makers, grassroots and all other CAPS stakeholders. In an interview on main stage Frank Escoubès, founder of Imagination for People, interviewed Andreas Nitsche about “Perspectives on Network Social Responsibility: LiquidFeedback and Interactive Democracy”. This was followed up by a lively discussion with the audience.

CAPS are open internet platforms, connecting citizens to each other and providing them with a more effective way to 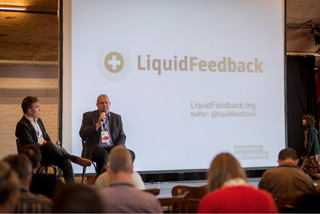 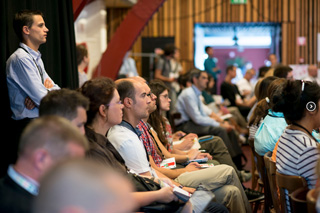