Dr. Will Derks, NIMD, started with a presentation on global trends in party development and on how technology impacts political organization. He gave an overview of the challenges and available solutions. He closed with remarks on the outstanding position LiquidFeedback takes among the existing solutions.

Andreas Nitsche, IAD, talked on how technology can contribute to a strong democracy and the key role inner party democracy arguably plays in this respect. He pointed out that LiquidFeedback can empower members of political parties by providing a fair democratic decision process featuring proportional representation. He closed with remarks on the necessary commitment for the successful deployment of LiquidFeedback.

Martin Delius, Member of the Berlin House of Representatives, gave a short account of the history of Liquid Democracy and LiquidFeedback in particular. Based on his experience he talked about the use both in the inner party context and for the parliamentary work.

Axel Kistner, IAD, visualized the challenge of a discourse between a great number of people and explained the motivation for the quantified proposition development process LiquidFeedback provides. He elaborated on considerations, preconditions and necessary steps to ensure a smooth integration of LiquidFeedback into the decision processes of a given political party.

In the evening NIMD hosted a dinner in Kvareli. In a supra [5] (with changing tamadas) several toasts on democracy and peace were delivered by the participating politicians, as well as NIMD and IAD staff.

Kvareli was also the venue of the workshop on the following day. During the workshop the participants got an overview of the conceptual considerations of LiquidFeedback and used LiquidFeedback in test scenarios accompanied by extensive Q&A sessions.

On December, 24 2014 the Public Software Group released the LiquidFeedback Frontend v3.0.4. The release adds Georgian language support which was contributed on behalf of the Netherlands Institute for Multiparty Democracy. We thank Salome Mukhuradze and her colleagues in Tbilisi and The Hague for their commitment to the common good. 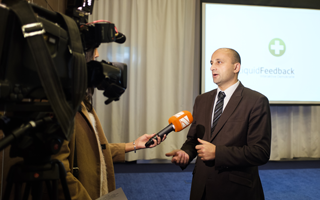 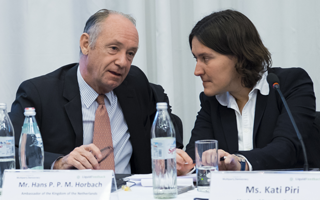 H.E. Hans P.P.M. Horbach, Ambassador of the Kingdom of the Netherlands to Georgia and Armenia; Kati Piri, Member of the European Parliament
Tbilisi, Georgia Photo: NIMD 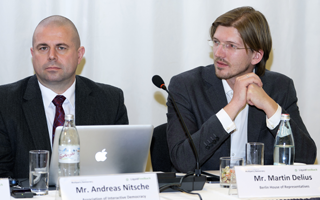 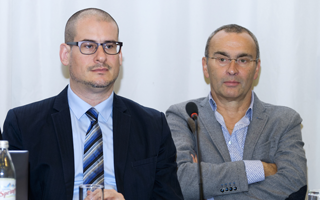 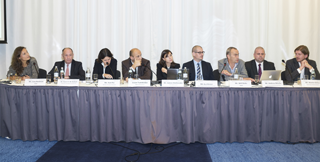